City of Newport Beach lifeguards take daily temperature and surface salinity samples from the waters surrounding the Newport Pier, which is located about two miles from the mouth of the Santa Ana River. Analysis of these salinity samples indicates that they reflect oceanic conditions except during winter storms when the salinity is strongly affected by runoff from the river. During the first half of this century, these data were recorded predominantly from the Balboa Pier, which is located just 1.7 miles southeast of the Newport Pier. Daily temperature measurements from 1979 to 2012 were read from a fixed thermistor near the end of the pier. For the last several decades, however, the data has been collected almost exclusively from the Newport Pier. These sites are so similar that the data collected from either location are consistent with the long-term record 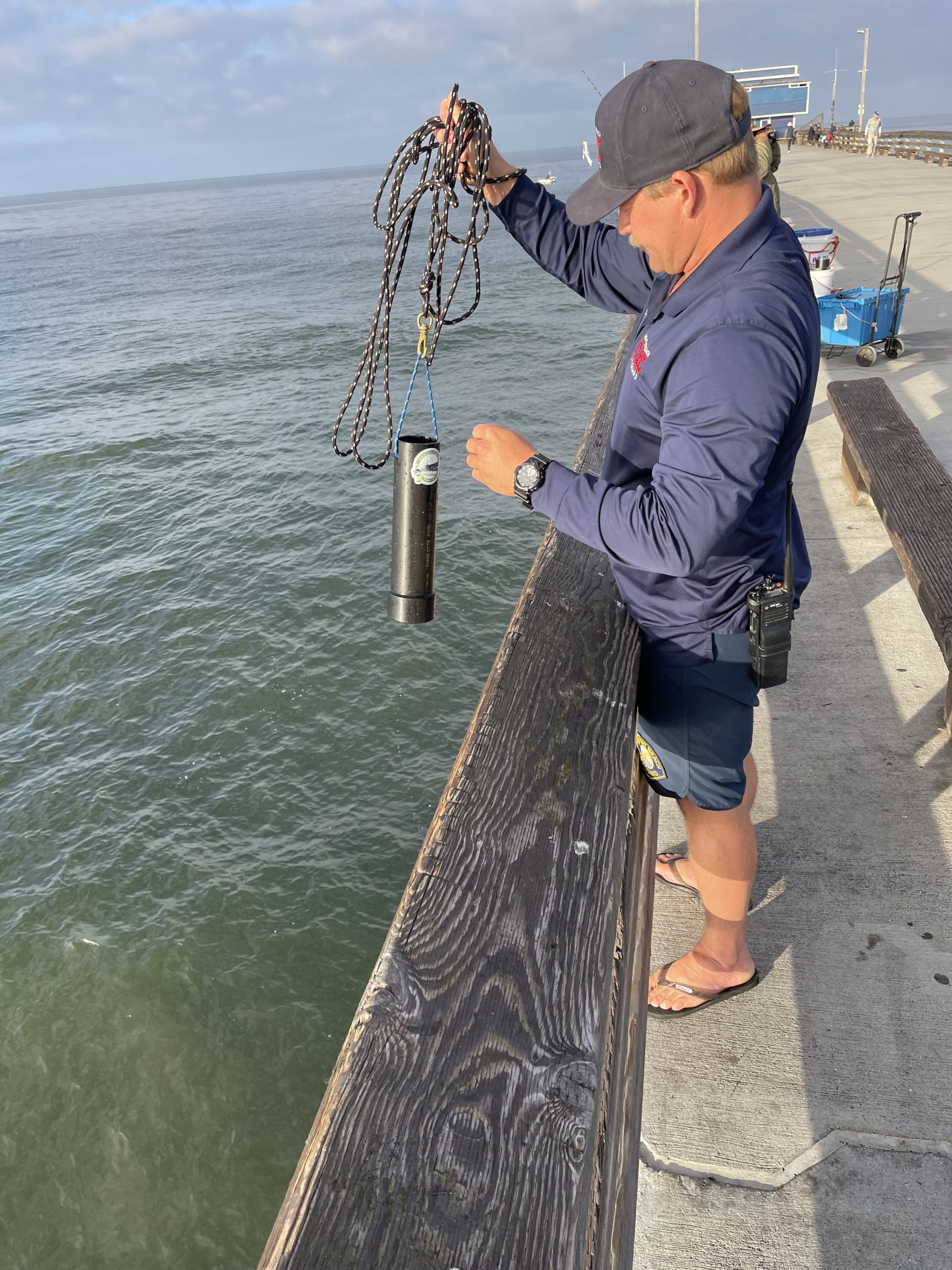 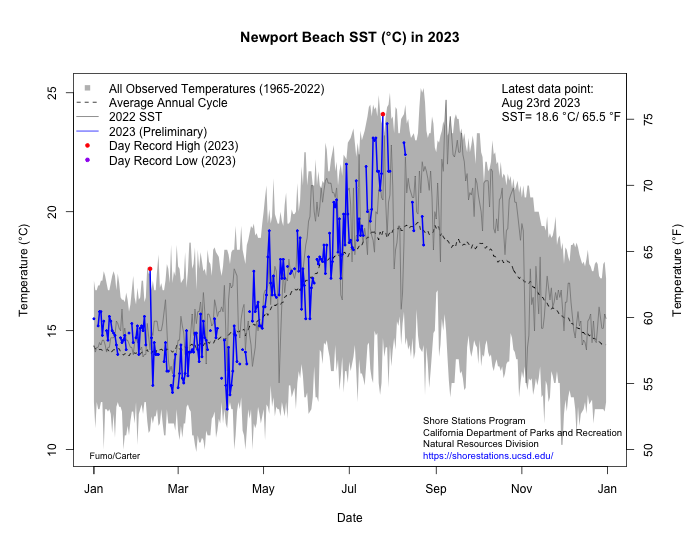